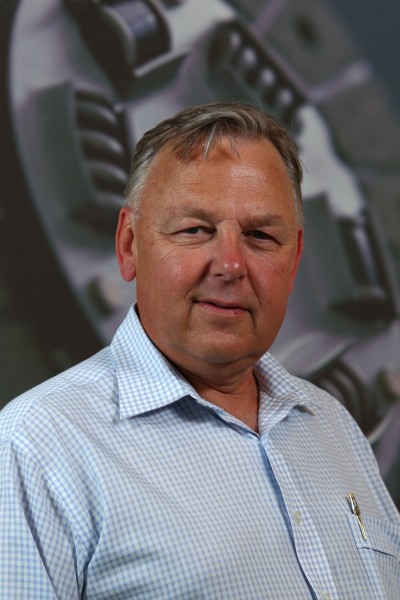 Andrew Schram first became acquainted with Burson Auto Parts as a customer during the very earliest incarnation of the Australian company.

Working at a Melbourne service station, Andrew purchased parts from one of the cash vans that company co-founder Garry Johnson and his small team drove around Melbourne and country Victoria selling parts to automotive workshops and service stations back in the 1970’s.

One of the Burson Auto Parts cash van drivers, Terry Penney, was one of Andrew’s friends, having worked together as mechanics in previous years. When Terry was appointed as the manager of the very first Burson Auto Parts store in the Melbourne suburb of Braybrook, the two former workmates teamed up, with Andrew becoming Assistant Manager and subsequently taking on the role of Store Manager for this inaugural Burson Auto Parts store.

After four years at the Braybrook store and with the gradual growth of Burson Auto Parts, Andrew joined the head office team as Purchasing Manager, which was in essence the same but constantly evolving role that he would occupy for the next 36 years.

“We grew gradually mainly by the acquisition of existing auto parts stores more than from establishing new ones. This proved to be an excellent strategy as we removed competitors, we could be up and running straight away with staff and customers, and the process of building the Burson Auto Parts culture within those businesses could start,” Andrew said.

“In the early days we only grew at a rate of three to four stores per year, as we also had limited financial resources to fund any kind of rapid expansion. This was also because we were also investing heavily in our stock holding. Our product ranges continued to grow all of the time and this was where I was integrally involved. We embarked on sound and gradual store growth decisions which proved to be very successful for the company,” He added.

“When I first started in this industry there were primarily three brands of cars on our roads, Valiants, Fords and Holdens. Then the Toyotas, the Datsuns and the Mazdas came along and throughout this time we had European makes and models enter the market in a bigger way as well. The American cars came and went and came back again, then the Korean cars came and the European cars returned in a very big way. The Australian car parc has evolved so much over the last 40 years to the point that we now have more makes and models than any other car parc in the world.

“So for an organisation like Burson Auto Parts, we had to invest in constantly adding new products to our range in line with the growth and diversity of the Australian car parc. As more automotive workshops were established, we then introduced tools and equipment to our range to meet our trade customer demand. Our product and store growth in the early years was really all about evolution rather than revolution,” Andrew stated.

Andrew recalls the first interstate store being opened in Albury and gradually moving into New South Wales from there, then onto the Gold Coast and further into Queensland and then into South Australia.

By the time 35 years had gone by, Andrew had overseen the parts, tools, workshop equipment, lubricants and chemical product ranges to stock 91 company owned Burson Auto Parts stores across the eastern seaboard of Australia through three major purpose built warehouses.

The sale of Burson Auto Parts in 2011 brought with it a combination of emotions for Andrew, whom together with company founder Garry Johnson had been there virtually from the start.

“For me the two emotions at the time of the sale were one of sadness, particularly for Garry, who was parting with the business he started from scratch. It was his baby that he was passionate about every single day for three and a half decades.

“I was also personally sad, as this was only the third job that I had ever had in my career. It was, except for a handful of years in my youth, the only job that I had ever done. I also wasn’t at retirement age either, so it is true to say that there was some apprehension as to what the future would hold,” Andrew stated.

“The second emotion I experienced was one of excitement as the sale had placed the company in a position to take the next step and it was definitely the right time for Burson Auto Parts to take that next step, which under Darryl Abotomey’s leadership has and continues to be done extremely well,” He added.

Andrew occupied the role of Chief Operating Officer and General Manager of Merchandise and Procurement in his final five years with Burson Auto Parts.

“Things happened much faster during my last five years than at any time in the company’s history, but when you have the right people in the right positions, speed is not an issue. We have achieved some major milestones, including becoming a highly successful publicly listed company on the ASX. We also recruited some outstanding people during that time.

“I have a great affinity for Burson Auto Parts, it has been a massive part of my life, so it is only natural to be emotionally linked to it. My wife Sharron probably best sums it up. She says there are three B’s in my life and they are Burson Auto Parts, BMW and the Bombers!

Andrew Schram’s contribution to the industry has also included serving as Australian Automotive Aftermarket Association (AAAA) President and being a member of the AAAA National Council for more than a decade, culminating with his induction to the AAAA Hall of Fame in 2017.

During his tenure with the AAAA, Andrew played an integral role in the establishment of Right to Repair legislation that has recently passed through Federal Parliament.

“I am extremely proud to have played a part in the Burson Auto Parts journey towards its Golden Anniversary and I am even prouder to see Bapcor place this Australian company in such a strong position of growth and prosperity, while retaining the hard working and open culture cultivated by the original management team,” Andrew stated.