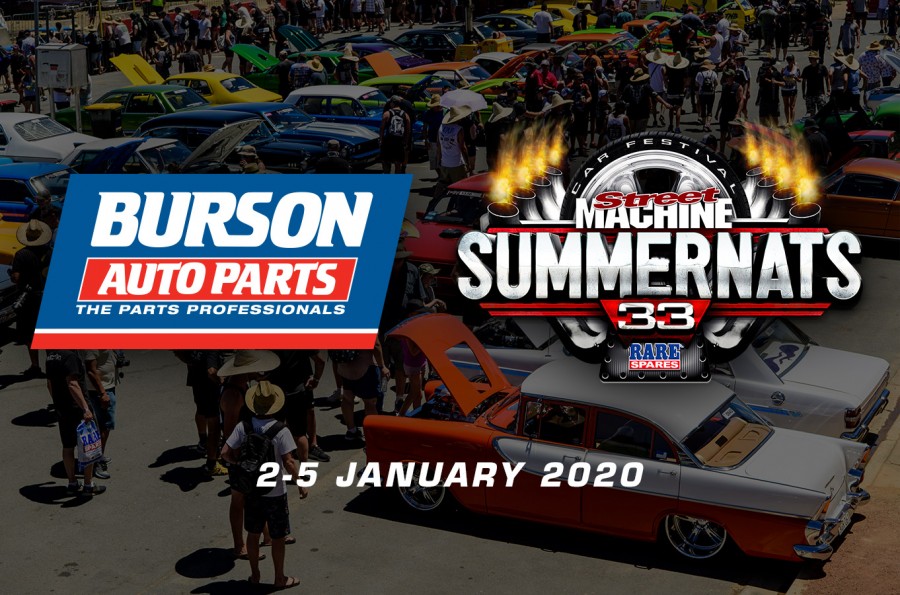 Australia’s Burson Auto Parts is joining forces with one of this country’s most iconic national motoring events, Summernats 2020, which will be held in Canberra from January 2 to 5, 2020.

Established in 1988, the Summernats has become one of the most anticipated events for performance motoring enthusiasts, with almost 2,200 meticulously restored and performance modified vehicles taking part last year. These cars, their owners and a myriad of performance vehicle competition events, DJ’s, bands and much more combine to create four days of automotive summer fun in our nation’s capital.

Burson Auto Parts will make its debut as a major sponsor of the 33rd running of the Summernats and will enjoy a strong brand and activation presence during this four day high performance motoring extravaganza.

One of the event’s largest pavilions will be converted into a complete Burson Auto Parts store. This will ensure that all automotive enthusiasts and mechanics in attendance will have access to a large range of premium quality automotive parts, tools, equipment and accessories on site.

Burson Auto Parts will also be highly visible with event signage and big screen coverage throughout this high octane Australian performance vehicle spectacular that includes more than 40 separate competition based events. These include burnout competitions, horsepower dyno competitions and show’n’shine events to mention just a few.

“We are pleased to be taking part in an event which has such incredible support and goodwill from both the automotive trade and performance vehicle enthusiasts. We look forward to welcoming Summernats visitors to our special Summernats store during this bumper four day event,” He added.

Burson Auto Parts looks forward to adding another store to its national network from January 2 to 5, 2020 at the Street Machine Summernats in Canberra. To find out more about this event visit www.summernats.com.au.